This is a translation of a news piece that was released today by Sina Entertainment at 16:04,  (Beijing time). It contains a number of important comments from someone who has spoken with Pema over the past 3 days as well as people who were at the scene when Pema was taken away by police.

(This translation is my own. While I have made every effort to remain faithful to the original text, I am not a professional translator. Please get in touch if you feel that any particular section needs attention or have any suggestions for improvement! All images are from the original news piece.) 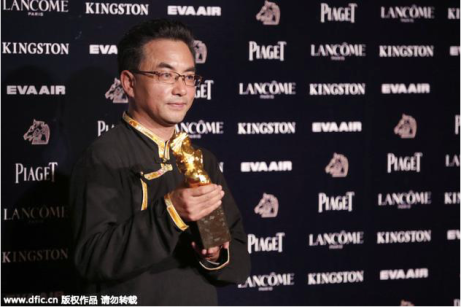 Sina Entertainment – June 29th: News has emerged and spread across social media that director Pema Tseden was forcefully detained by police at Xining Airport. After the incident, Sina Entertainment contacted Keke (a pseudonym), a person who recently visited Pema at the detention centre. Keke said “Apart from a few others who knew about this, we did not tell anyone else. We were worried that the incident between Pema and airport security would be blown out of proportion and distorted.” Currently, Xining police have yet to issue statement about this incident.

The Series of Events

On the evening of June 26th around 8pm Pema Tseden arrived from Beijing to Xining Caojiabao Airport. After exiting the building he discovered that he had forgotten his backpack at the baggage collection area. Following this, he approached a member of staff and informed them about the piece of luggage that he wished to collect. “The staff member asked Pema to leave. Pema Tseden then showed his plane ticket to the staff member to explain that the item was his, but the staff member’s attitude was that the ticket did not matter. Pema continued to speak with staff, but then the police were called.”

“They pleaded with police over and over, but by then police had begun handcuffing Pema, and forcefully taking him away to a nearby police station. After this, Pema was interrogated until around 4 or 5am the next morning. They claimed Pema had disturbed public order. They tried to argue with him, but he was not persuaded by their reasoning. They then said that it is exactly people like him who they are after – people who understand reason but still refuse to listen”.

“There was no physical assault between Pema Tseden and the others, and he did not resist.” Keke added. “Those police officers who arrived did not ask any questions. Even ask the the bare minimum that they have should have asked, they didn’t. They just handcuffed Pema. They did not inform his relatives. Even now his relative still do not know what has happened.”

As events continued to unfold that night, one of the people who originally went to pick up Pema gave Keke a call. On June 27th Keke bought a quilt and mattress to the police station. In the detention centre he met with Pema for 2 or 3 minutes. “His handcuffs were worn very tightly and he had a number of wounds on his body”.

The Police told Keke that Pema Tseden had experienced some chest pain and headaches, and needed to see a doctor. Keke said “They said you yourselves should take him to see a doctor. What they meant was we relatives should pay the medical expenses. Whatever happens at the hospital is your responsibility. After he finishes with the doctors, he must return to complete his detention period. That’s what the airport police said. They were not willing to take any responsibility”.

Keke revealed “Pema Tseden chest pains are causing him quite a bit of discomfort and he is feeling some chest tightness. Last night they measured his blood pressure. At it’s highest it was over 200, and at it’s lowest it was under 60. His diabetes has also left his two hands feeling numb. The soft tissue in his back and shoulders have also been injured. At night he cannot sleep well and with lying in some positions are very painful.”

It is understood that the police at Xining Airport have detained Pema Tseden for 5 days. It is unclear whether they have an official warrant for his detention. Currently Pema Tseden has been detained for 2 days. Once he has finished with doctors he will continue his period of detention for a further 3 days.

Keke said “Pema Tseden resides in Beijing. His trip to Xining this time was to promote a new film. To do so, he had invited a number of foreign guests to take part in events. He had also planned to take them to visit some scenic areas in Qinghai. This incident has caused much disruption to the scheduled events, which cannot now be carried out. These guests are still in Qinghai.”

Though the incident happened 3 days ago, the news has only just been posted on Weibo. In response to this Keke said “Apart from a few others who knew about this, we did not tell anyone else. We were worried that the incident between Pema and airport security would be blown out of proportion and distorted.” Even though the director does not wish the details to get out, in the end the news spread very quickly.

Pema Tseden is not aware that the story has spread across social media and he does not know that the media has been following the story. China Film Guild has also issued a statement in which they express their hopes that the incident will be dealt with justly and appropriately. 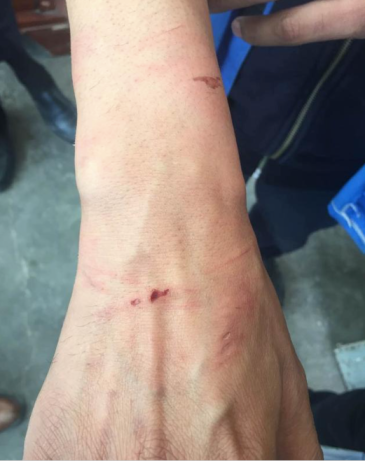