As many of you will have seen in the news this morning, well-known Tibetan director Pema Tseden was detained and assaulted by police at Xining Airport on Saturday, June 25th. Details are still emerging regarding what and how events unfolded. Tibetan netizens are calling for calm and have asked people to reserve comment until further details have been released. In the meantime below is a translation of a statement from the Film Directors’ Guild of China (中国电影导演协会) on the incident.

*Update: Several reports from Pema’s close friends and colleagues say that, apart from blood pressure being a little high, he is doing just fine.

(This translation is my own. While I have made every effort to remain faithful to the original text, I am not a professional translator. Please get in touch if you feel that any particular section needs attention or have any suggestions for improvement! All images are from the original essay.) 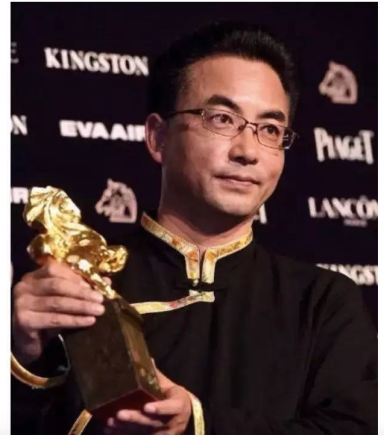 On June 25th, Pema Tseden, a member of the fifth executive committee of FDGC and well-known film director, was forcefully taken away by police at Xining Airport. In the course of subsequent detention, he sustained injuries and was admitted to hospital on the afternoon of June 27th.

Pema was taken away by police on charges of disturbing public order, but no details have yet been officially issued concerning specific laws or regulations that police employed to detain him. This all took place four days ago. Today many in the film industry and wider society are using the internet and social media to express their concern for Pema.

FDGC is a professional association for film directors in China. The protection of rights and interests of its members is our basic duty. We will be paying very close attention to the reasons for this incident and related developments. We call upon authorities to respond in a timely and considerate manner and to release all details, including the reasons why police took such forceful measures, whether these measures were standard, and whether violent or excessive enforcement was used.

Pema Tseden is a writer and director. He is a graduate of Northwest Nationalities University and the Beijing Film Academy departments of literature and film. He is one of the outstanding Tibetan directors in our country. In recent years his series of films have been very well received both domestically and internationally. To our knowledge, Pema Tseden suffers from a number of chronic illnesses. Already in the course of detention his state of health has declined and this has made us very concerned.  We hope Pema Tseden is safe and sound, and we hope that this situation will be resolved in a just and appropriate manner. 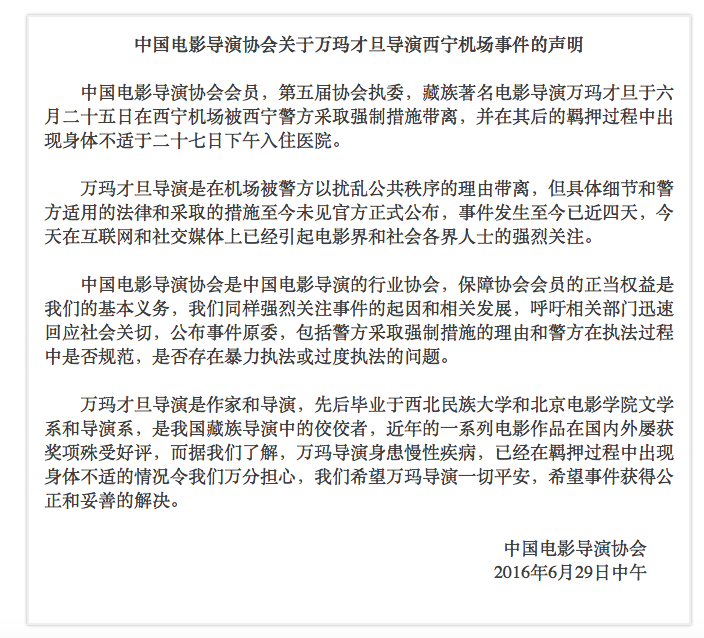